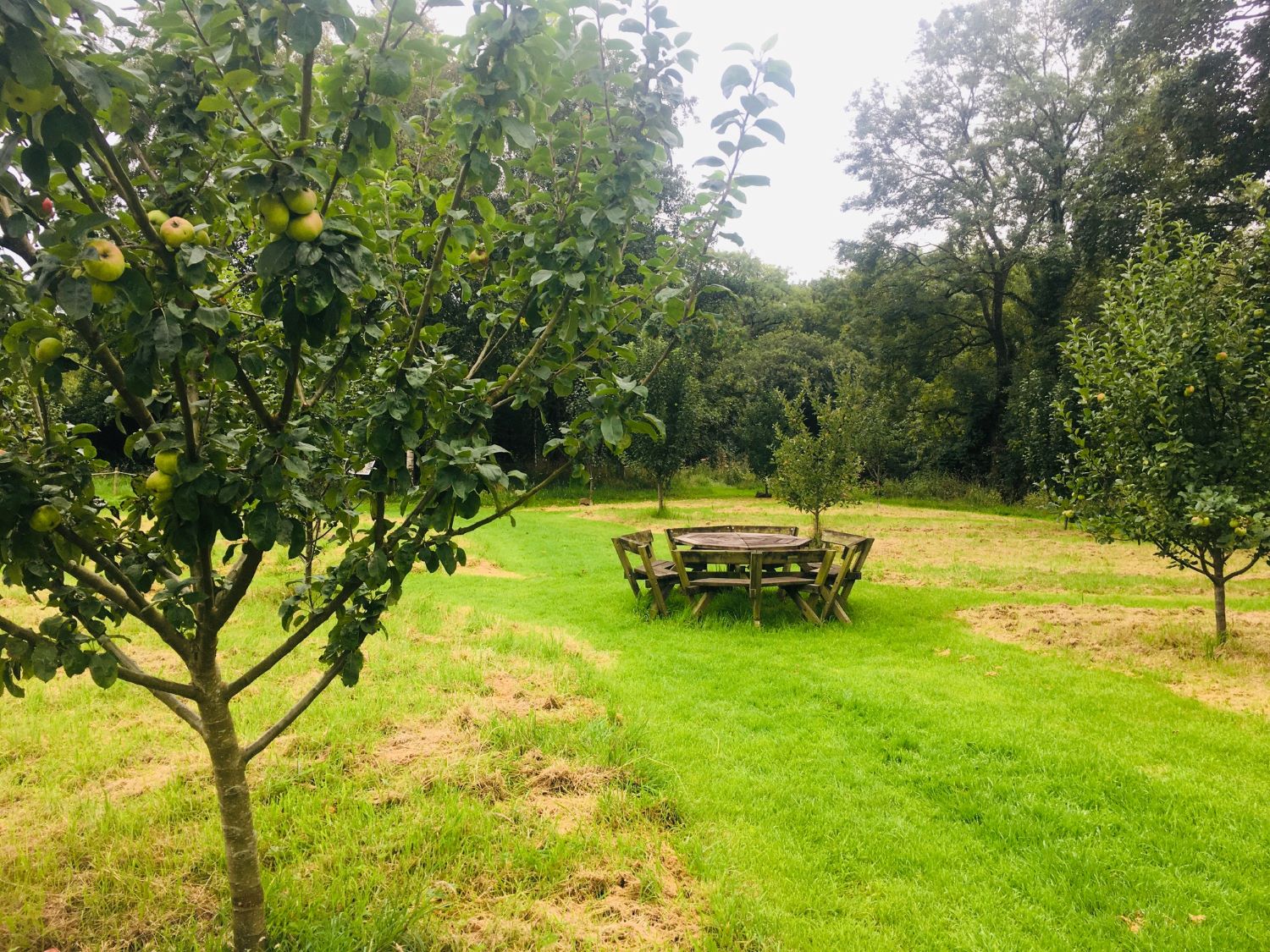 In June I had the pleasure of spending a lovely afternoon sitting at the opposite end of a park bench discussing the pleasures and pitfalls of setting up a community orchard with Keith Hughes, the energetic drive behind the Weare Giffard Community Orchard, near Torrington. He explained that he was inspired to plant a community orchard after seeing one in Wiltshire and so, after much organising, the Weare Giffard orchard was planted in 2015 in a third of an acre of water meadow adjacent to the River Torridge and contains 35 trees owned by 32 members. He identified that the key elements to setting the orchard up would be tree ownership and acquiring the land on a long term basis.

When researching about the village he discovered that on the Parish Tithe Map of 1839 almost every household had an orchard albeit of varying size.He began looking for a suitable piece of land for a new community orchard in the village and said “again the Tithe Map came to my rescue, as whilst researching it, I came across an orchard long since disappeared (or so I thought) which was called ‘Weare Mills Orchard’, and would you believe it, the land was now part of the village recreation ground, and was an area that, when we established The Park in 1988, we could not find a use for this patch, but it had been waiting for just this idea.”

Energised by this discovery he gathered about him a small nucleus of interested villagers and after discussions he was duly sent to The Park Management Committee to float and gain permission for the site, as they would be of course, the landlords. This took quite a time, with various objections and questions, but permission was eventually given - ‘but you are on your own, The Park does not have the finance or the manpower to help you’.  He replied ‘that’s OK we will manage’ and they did.

The Community Orchard team next proposed in the local parish newsletter,that individuals, couples, families or groups could purchase a ‘memory tree’ to be planted in the orchard and within five weeks they were oversubscribed.  They quickly redesigned the orchard as originally the plan was to plant all M25’s (standard, larger, traditionally shaped apple trees and needing more ground space), but by reducing their number and adding MM106’s (half standards) the total number was expanded to thirty five trees.

So in two moves they had land – free no ties and for ever; membership –from which would flow management; ownership; tree varieties chosen by members i.e. 74% Devon and overall 97 % were from the SW; and membership finance to buy the trees and to contribute to other expenditure such as mowing and an information board.

But then – the site!!!    Covered in nettles, brambles, 60ft high willow trees, and matted grass.  But they had a strong membership – all paid up and committed to site clearance and with the help of those villagers wanting firewood, and a friendly builder with a digger, they had the trees down and stumps buried; undergrowth cut and cleared and soil raked level and seeded.  Then, on 25th November 2015, on a very cold, wet and windy day each owner planted their own tree (one year old whips) with a rabbit guard and a stake.

Keith said ‘not only were we on the heritage site of an old orchard, we realized that on the adjoining land, there were still two apple trees of the original 19th century orchard – well grand or great grandchildren - so I went on an Orchards Live grafting course, came back, grafted two scions from each tree, and these are now really the ‘19th century heritage replacements’ in this our 21st century orchard!’

They have lost two or three trees, but five years on they have a healthy community orchard, in a truly delightful spot on the bank of the River Torridge, with surrounding trees, plus bench seats ‘in memory of’; an interpretation board; two masonry bee hives; embryonic flower areas to encourage pollination, plus a new screening willow hedge and willow arch.   The Community Orchard team meet just once a year for an AGM, set the yearly subs (currently £5) and during the year all other issues are covered by e mails.  He continued ‘yes, we have on-going maintenance of the grass paths via a rota,tree pruning etc., but perhaps most importantly, we have a wonderful ‘sanctuary’where all can come and sit, meditate, relax, picnic and thoroughly recreate themselves!’

He warmly invited all to visit their delightful orchard. It’s open all the year round, is on the main road through the village and even offered a personal introduction to the site by himself or any of the orchard members – I guarantee all would greet you with a warm welcome.       Do please visit their wonderful orchard sanctuary and witness the power of the people!

Keith’s formula for a community orchard – ‘don’t let this list deter you, each comes at different stages, and most fall into place without too much effort’

Find out about our 2020 community orchards small grant scheme here!

Every month we like to reflect and celebrate all the brilliant pledges that have taken place across the Biosphere. This month, we have launched our new Nature Recovery Declaration! 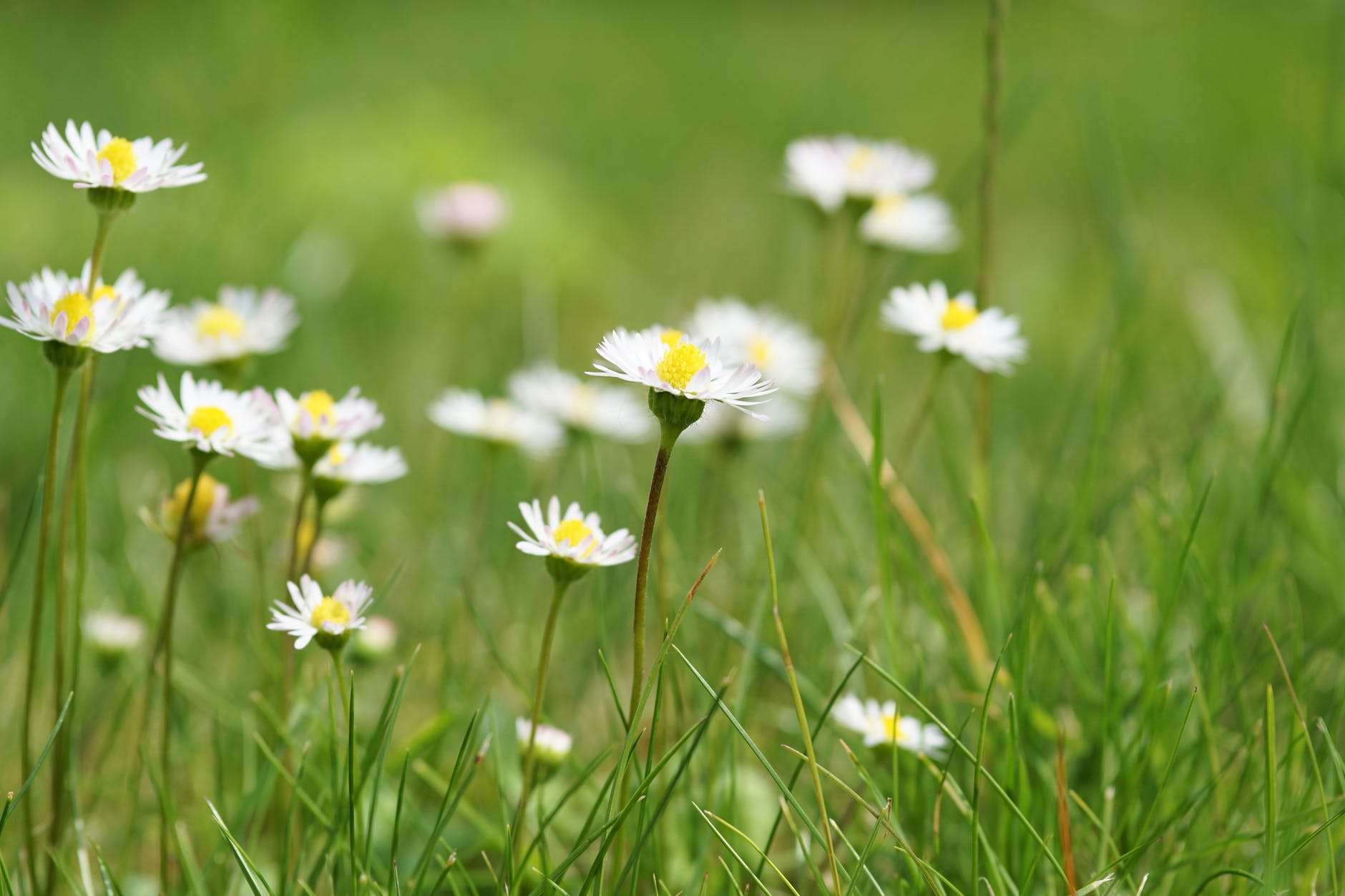 Every month we like to reflect and celebrate all the brilliant pledges that have taken place. Our Pledge for Nature Coordinator Bryony Paul left the project at the end of May so she has written a few words to reflect on the last 18 months and we look forward to welcoming her successor in June. 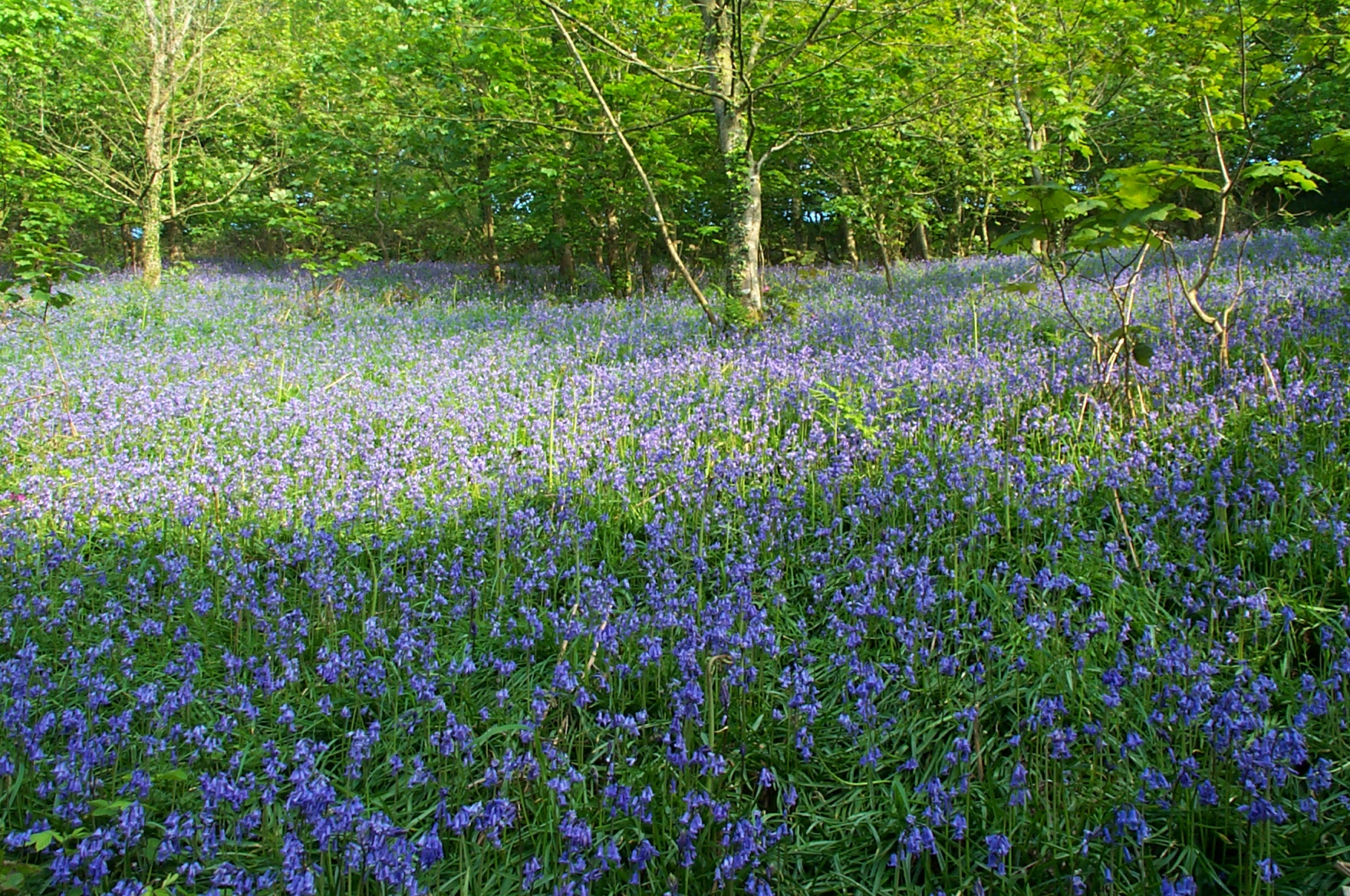 Every month we like to review the brilliant pledges tand events that have happened. This month we had Earth Day (theme 'restore our earth'), we visited Braunton to give out house martin nest cup materials and wildflower seeds and we have helped to support a new community rewilding project in South Molton. Barnstaple in Bloom also organised a brilliant 'Tidy the Taw' event. This month we have a special guest writer Bethany Lee (volunteer) who has written a section about how to enjoy the sunshine in an environmental responsible manner which ties in well with the Devon wide Naturally Healthy May campaign! 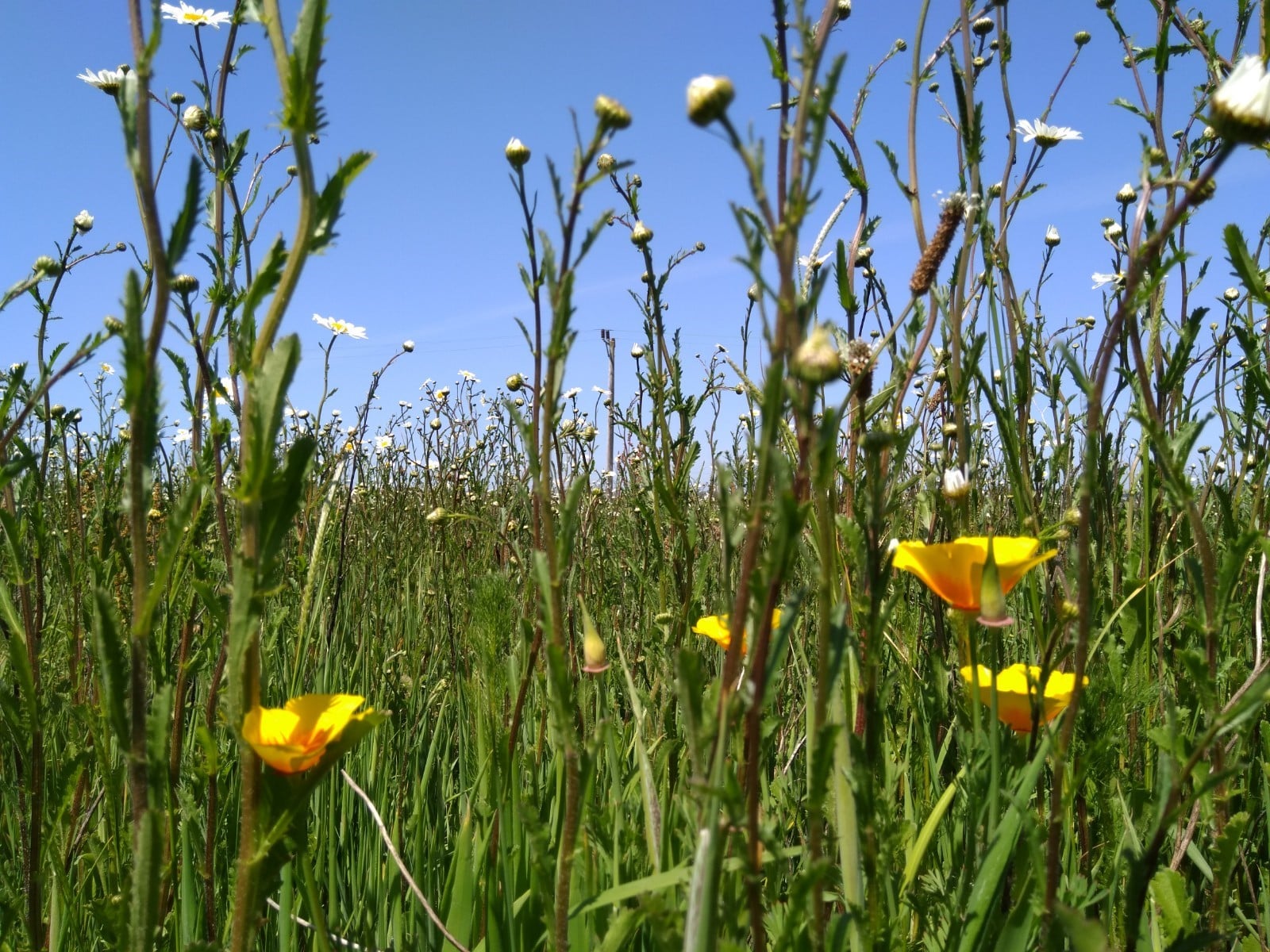 A summary of the nature related events happening across the North Devon Biosphere. This page will be updated regularly. Photo: A Bee's View, the Gaia Trust